Bikers ran away after snatching 23.5 lakh rupees in broad daylight

Cinema Lovers Day 2023: Today movie tickets will be available for just Rs 99, you will get a chance to watch these films

Road will be built, we will read: Seeing the road being built, children raised slogans, 8 villages will get facility in traffic Ganesh Mishra / Bijapur. This is the story of Village Panchayat Tumanar of Bijapur District Panchayat of Chhattisgarh. Where the construction work of second class road from Mahatma Gandhi NREGA is going on. Seeing the construction of the road, the happiness of the villagers can be gauged from the fact that the children studying in the schools, seeing us on the spot, started raising slogans that “Banegi, Sadak, Padenge Hum”.

On the other hand, the villagers said that due to the construction of the road, the residents of 8 villages of the interior areas would have convenience in movement. The first road to be constructed in Gram Panchayat Tumnar has been approved from School Para to Kumhar Para. Its length is 1 kilometer. There are 30 families living in Kumhar Para, whose children had to cross a 15 feet deep drain to reach school. During the rainy season, children could not go to school for several weeks or risked their lives by crossing the drain to reach school, but now the children are very happy to see the road being built. Seeing us on the spot, they expressed their happiness by shouting the slogan “Banegi, Sadak, Padhenge-Hum”. Watch the video-

After 20 years the dream of the villagers got wings


The second road has been sanctioned from Tumnar to Kudiyam Para, the length of which is 2 km. Villager Sonu Kudiyam told that with the construction of this road, the residents of Ghumra, Mosla, Durda, Kaika, Kachilwar, Gudepar, Jorjor and Kader will have ease of movement. The villagers are very happy to get employment in the village. Villager Ramesh Kudiyam told that they were demanding the road for 20 years, which is now being constructed. Due to lack of culvert and road, patients had to be brought to the main road by lying on cots. To sell the paddy, the farmers had to travel to the center. Wave of happiness among villagers and school children

It is worth mentioning that Vikram Shah Mandavi, former Regional MLA and Vice President of Bastar Development Authority, performed Bhumi Pujan of various development works in Gram Panchayat Tumnar, including these roads. MLA Vikram Mandavi said that the villagers’ demand for road construction and the actual situation was received through villagers and people’s representatives. Similarly, in all the areas of the district and remote panchayats, continuous efforts are being made to take stock of basic facilities like bridges, roads, electricity, water, schools, anganwadis and meet their demands on priority. Seeing the great need of the road, the road has been approved in Tumnar Gram Panchayat. The villagers and school children there are very happy and we are getting satisfaction from their happiness. 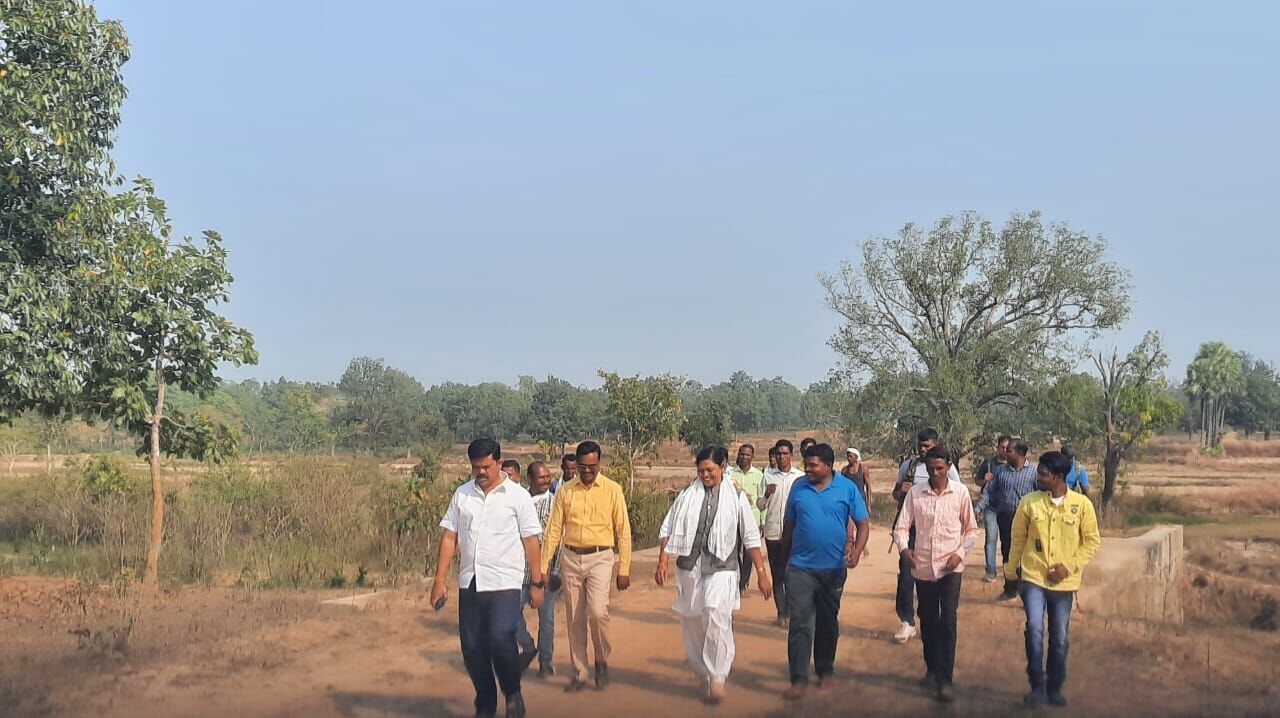 Share
Facebook
Twitter
Pinterest
WhatsApp
Linkedin
Telegram
Copy URL
Previous article
Gold Silver Price: Gold rate reached the highest level, silver expensive, know the latest rate according to carat
Next article
These Indian players will be in demand like Dhoni-Kohli in the IPL auction, there is already competition in the franchise